The day that quantum computers finally arrive, its request queue is bound to be miles long.

There is certainly no shortage of quantum computer ideas or quantum computer projects. When you think about it, that’s pretty amazing considering that these powerful computers aren’t here yet.

The fact is that computers are here to solve our problems and streamline our lives. Its hardware obeys what its software has dictated. The level and quality of tasking that can be accomplished depend initially on the hardware as well as how quickly it can be done.

Even though quantum computing will be powerful and awesome, it won’t mean that current software will run a million times quicker. The thing about the potential of quantum computers is that they’ll be better suited for certain kinds of problems.

There will be some problems that are better suited for conventional computers. This is a good thing because the cost of quantum computing systems will be off the charts initially – at least for consumers.

Let’s look at the six magic areas where quantum computers will significantly excel. 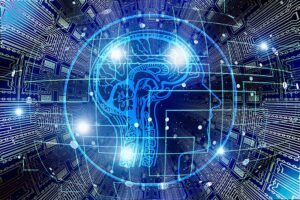 The power of its feedback lies in its incredible ability to assess the probabilities of countless outcomes simultaneously. Because of this, quantum computers and AI were made for each other. This means it has the potential to revolutionize every single industry – at least those who use manufacturing processes.

Many companies are already using quantum computer applications to conduct testing that is too complex for classical computers. Not only that, technology has reached the point where AI is capable of creating even more AI. Imagine that process operating in a quantum processing system. 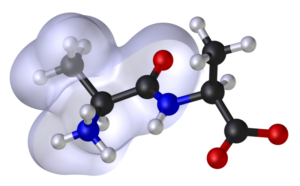 Another significant area of work for these robust systems is the precision modeling of molecular interactions. This entails the determination of an optimal configuration for chemical reactions. When you consider that ‘quantum chemistry’ today is so complicated, only the simplest and most basic molecules can be adequately evaluated by today’s digital computers.

Like AI, chemical reactions are a perfect fit for quantum processing systems because they are also quantum in nature. This is because of the natural entangled quantum superposition states that are created in such reactions. Experts claim that a fully-developed quantum computer system wouldn’t have any problem processing the most complex of these chemical processes.

Many online security processes are boiled down to how well that can factor huge numbers into prime numbers. While existing digital technology can do this, the process can be incredibly time-consuming. Thus, only certain levels of security are ever achieved.

Because of how a quantum computer functions – using electrons and protons vs. 0s and 1s – it can evaluate infinite possibilities simultaneously. Many quantum naysayers are afraid that quantum computers will quickly and easily break through all of online security.

Since this fear is legitimate, NSA started working on quantum-resistant cryptography methods to protect against quantum level codebreaking. There are already some promising quantum encryption technologies that are being created using quantum entanglement. 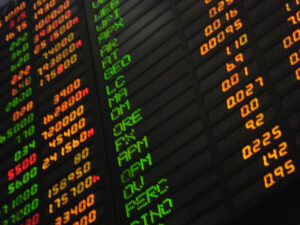 Modern financial markets have become incredibly complex over the past few decades. One needs a Ph.D. these days to even understand some of the derivatives offered to investors. Interestingly, the markets are turning more and more to math and science for tools to address things like price movements and volatility.

A huge problem for even advanced-level traders and investors is that there’s not really a controlled setting for testing the market conditions. Market simulators run scenarios that are primarily based on past market activity – which is not always optimal.

Thus, investors and analysts are turning to the power of quantum computing. One significant advantage is how well quantum computers can implement randomness that mimics the stochastic behavior of financial markets. Investors are forever seeking a distribution of outcomes using a massively large quantity of randomly generated scenarios. 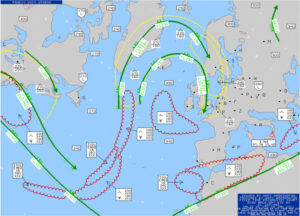 A chief economist from the NOAA once claimed that almost 30% of the United States GDP is affected by the weather – directly or indirectly. The weather influences food production, retail trade, and transportation – to name a few. Having the ability to receive accurate weather forecasts would greatly impact several industries. And also would provide a quicker warning about upcoming natural disasters.

This goal is not a new one, as scientists have been trying to better predict the weather for many years. However, this task would require solving equations that have an insane number of variables. This is why classical computers have fallen short on so many occasions.

Thus, the weather industry looks at quantum computing systems with great promise. They are very hopeful that these robust systems will be capable of undertaking equations of this magnitude. The UK has already in the process of developing a climate change supercomputer. 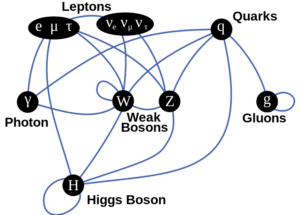 This final quantum computer application is perhaps the most exciting one. And that allows these quantum processing systems to take a whack of handling the world of particle physics.

If you’ve read anything about particle physics, you already know that the current models used by physicists are incredibly complex.  They are well beyond paper and pen solutions as massive amounts of computer processing time are needed for numerical simulation. This is an ideal task for quantum computation, and researchers are already testing it out.

Scientists from the Institute for Quantum Optics and Quantum Information (IQOQI) and the University of Innsbruck used programmable quantum computing to conduct this simulation. The research team used a basic version of the quantum computer where ions conducted operations – which is the foundational steps in any computer algorithm. This simulation produced identical results as what had been achieved in actual experiments.

The physicists quickly pointed out the importance of this study. While quantum computers will never replace particle colliders, they can provide countless simulations and scenarios that will allow them to conduct more meaningful experiments in the future.

Maybe Science Can Cure the Blind with New Bionic Eye

Can the Federal Government Keep Up with Technology?

A Beginner’s Guide to the Amazing World of 3D Printing